It’s not surprising that supply chains continue to figure prominently in national political discourse, morning and evening news, the dinner table and everywhere in between. If it’s not a shortage of toilet paper and hand sanitiser, then it’s baby food, and most recently, tampons. However, what is perhaps even more surprising is that we’ve nearly simultaneously been seeing large signs of supply excess.

In short, a mismatch of the demand and supply product mix. Supply chain delays have meant that retailers are getting stock late and demand has decreased for these items, resulting in high stock levels of products that customers aren’t buying.

US import demand is not just softening, it’s dropping off a cliff, as reported recently by Freight Waves. Whilst consumer buying habits are getting back to pre-pandemic levels, retailers are stuck with too much of the wrong inventory. In early June 2022, US Retailer Target warned that it’s saddled with excess inventory which it will have to mark down aggressively to make room for back-to-school supplies and groceries, all resulting in a short-term hit to profits.

But Target is hardly alone in this. Other general merchandisers like Walmart and even apparel retailers reported a similar inventory “glut” even as work-from-home attire preferences (sweatshirts and hoodies anyone?) are now changing to more professional and party-like. This shortage phenomenon followed by a glut, or boom-bust cycles, is global and across all industries. Some might call it somewhat predictable. Yet, ironically, these cycles also seem unavoidable, which we’ll explain further down.

For supply chain practitioners, academics and students, what’s happening now is yet another example of the classic bullwhip effect.

A small refresher on the bullwhip effect 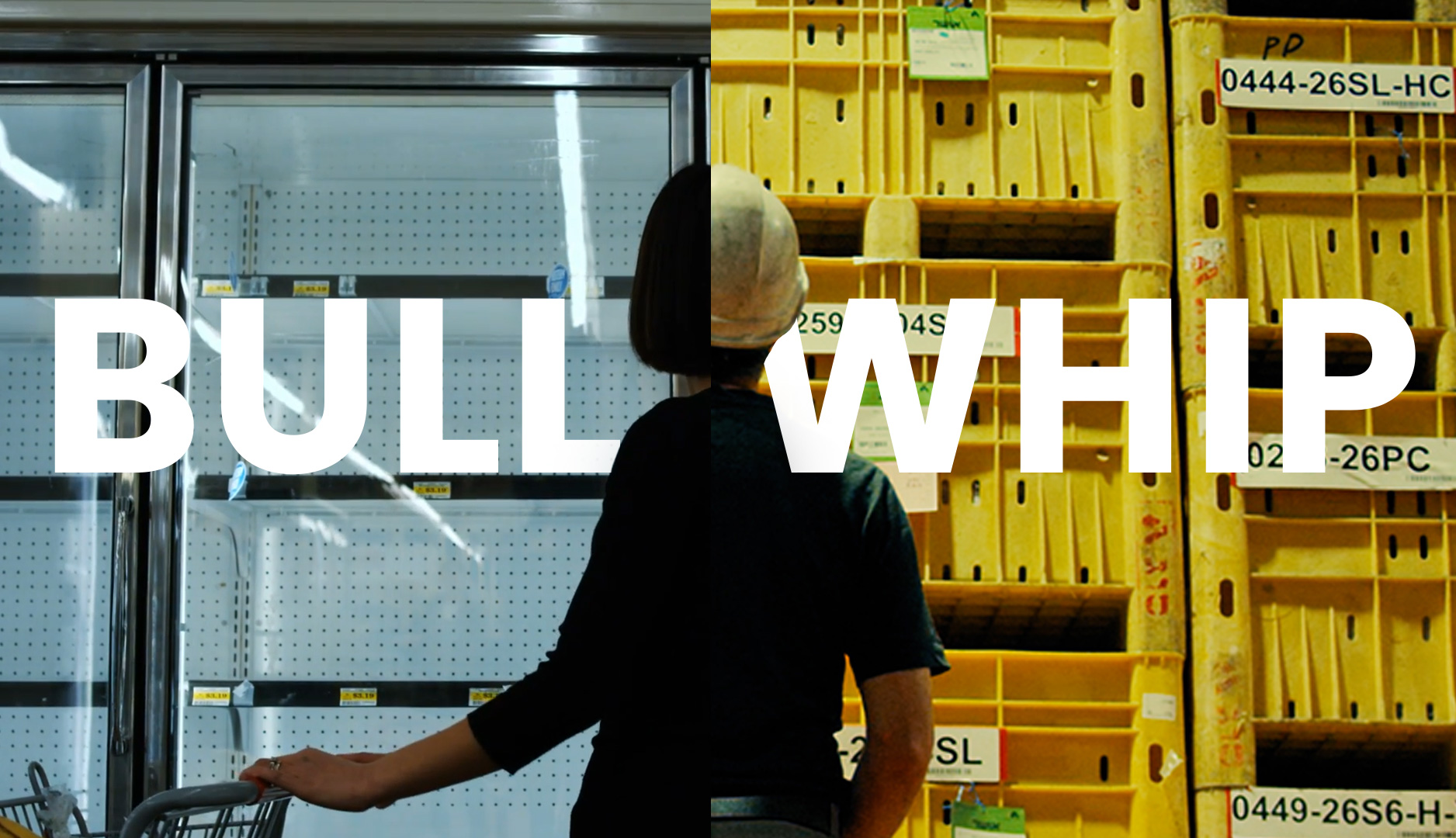 The bullwhip effect is a distribution channel phenomenon in which small fluctuations in demand at the customer-end of the channel get magnified into large swings as the demand signal progresses upstream in the supply chain.

For instance, a 5% change in point-of-sale demand may present itself to an upstream supplier as a 40% swing and elicit a commensurate response.

The name was inspired from the physical bullwhip, where a small crack of the wrist causes large movement at the end of the whip. Professor Jay Forrester of MIT first discovered and published about this effect in 1961, but the term was coined by P&G in the late 1990s. You might see this phenomenon also referred to as “whipsaw” or “whiplash”. Suffice to say, by any name, the effect can be just as bruising to a business. 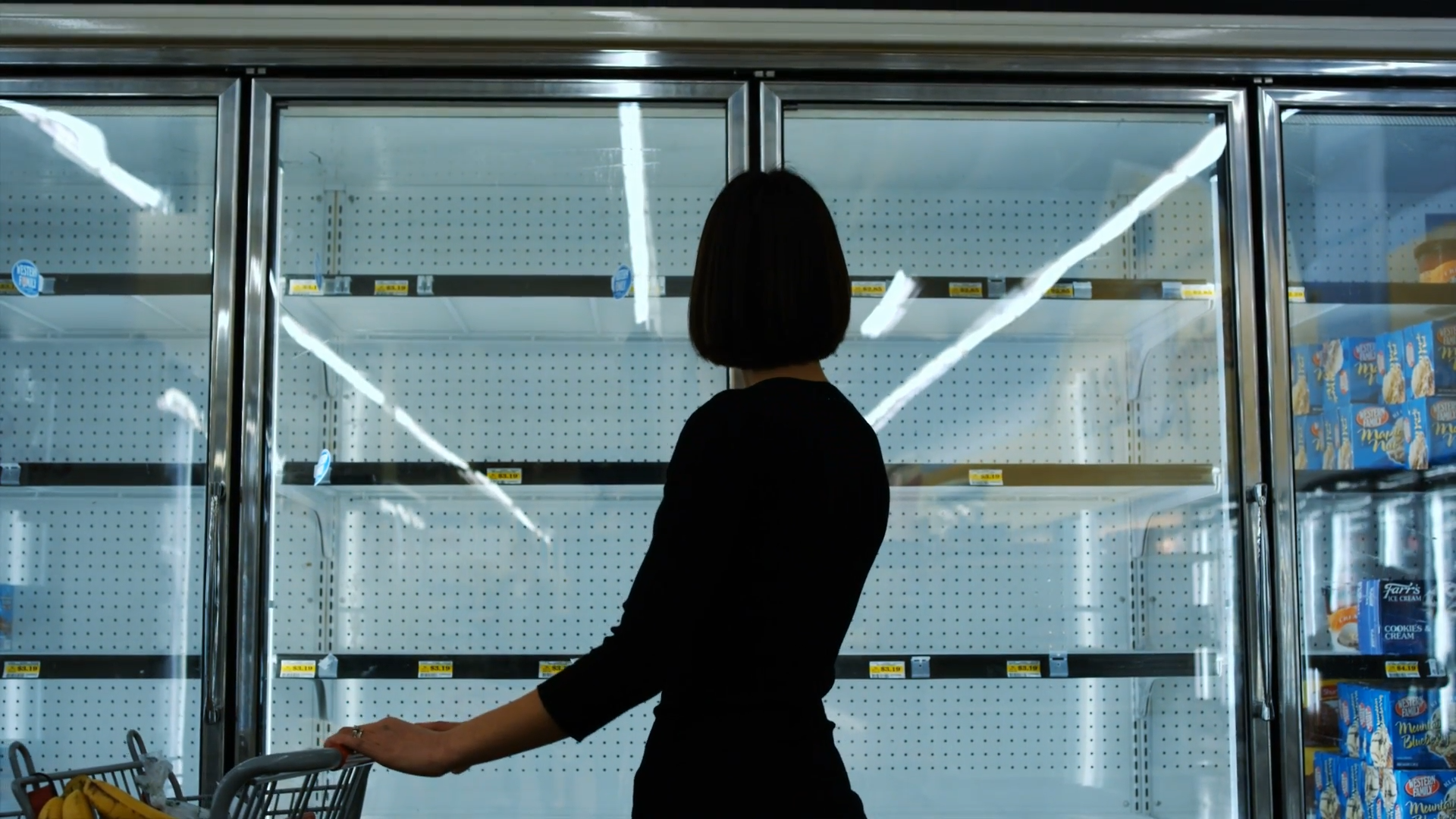 Causes of the bullwhip effect

Initial studies into the phenomenon’s causes largely focused on the irrational behaviour of the humans involved in supply chains, and attributed the effect to “misperceptions of feedback”. In 1997, in their paper titled Information distortion in a supply chain: the bullwhip effect, Drs Hau Lee, Padmanabhan and Seungjin Whang proposed that even rational behaviour could cause the bullwhip effect and offered four operational causes:

These four factors individually, and in concert, distort the demand signal as it progresses from point-of-sale (or consumption) up through to the supplier, and trigger a perfectly rational behavioral response that still causes whiplash.

For those with the appetite for it, the aforementioned academic paper makes for good reading. For the rest of us, here’re simplified explanations of each of these causes:

This refers to how a node in a supply chain (retailer, wholesaler, distributor, manufacturer or supplier) translates a downstream demand signal into an upstream supply order. Significant distortion, specifically amplification of fluctuations, happens due to:

This refers to the ordering policies that govern the timing and quantity of an order placed on a supplier. These policies are aimed at balancing various costs associated with an order, and are also driven by timing of ordering processes (often monthly). Thus, a supplier may receive an order for a certain product from a customer (say a distributor) in one huge quantity all in the last week of a month, resulting in a lumpy, classic month-end spike, or hockey-stick.

This refers to a supply shortage situation where the supplier has to allocate constrained supplies across multiple customers. When a customer realises that supplies are short, their tendency is to respond by ordering larger quantities or placing orders early.

For example, in 2021 amidst worldwide supply chain issues, consumers were being advised to place their Christmas orders in September. This by itself causes a bullwhip effect which is further exacerbated by demand signal processing discussed previously, and then amplified as it goes upstream.

This refers to the pricing alternatives and incentives a customer may receive to order more and/or order early. Although influential in temporarily increasing sales, such incentives usually end up harming the supplier by pulling ahead future demand and not necessarily increasing the overall size of the market. Such behaviour induces the bullwhip effect, which then gets exacerbated by the other three factors mentioned above.

Why are current resolution approaches failing?

If the world has known about the bullwhip effect for a few decades and can predict boom-bust cycles, why does it still happen? How have companies tried to combat it and what’s lacking in current approaches?

In their 1997 publication, Drs Lee, Padmanabhan and Whang proposed a set of counter-measures, captured in the table below:

Information Distortion in a Supply Chain 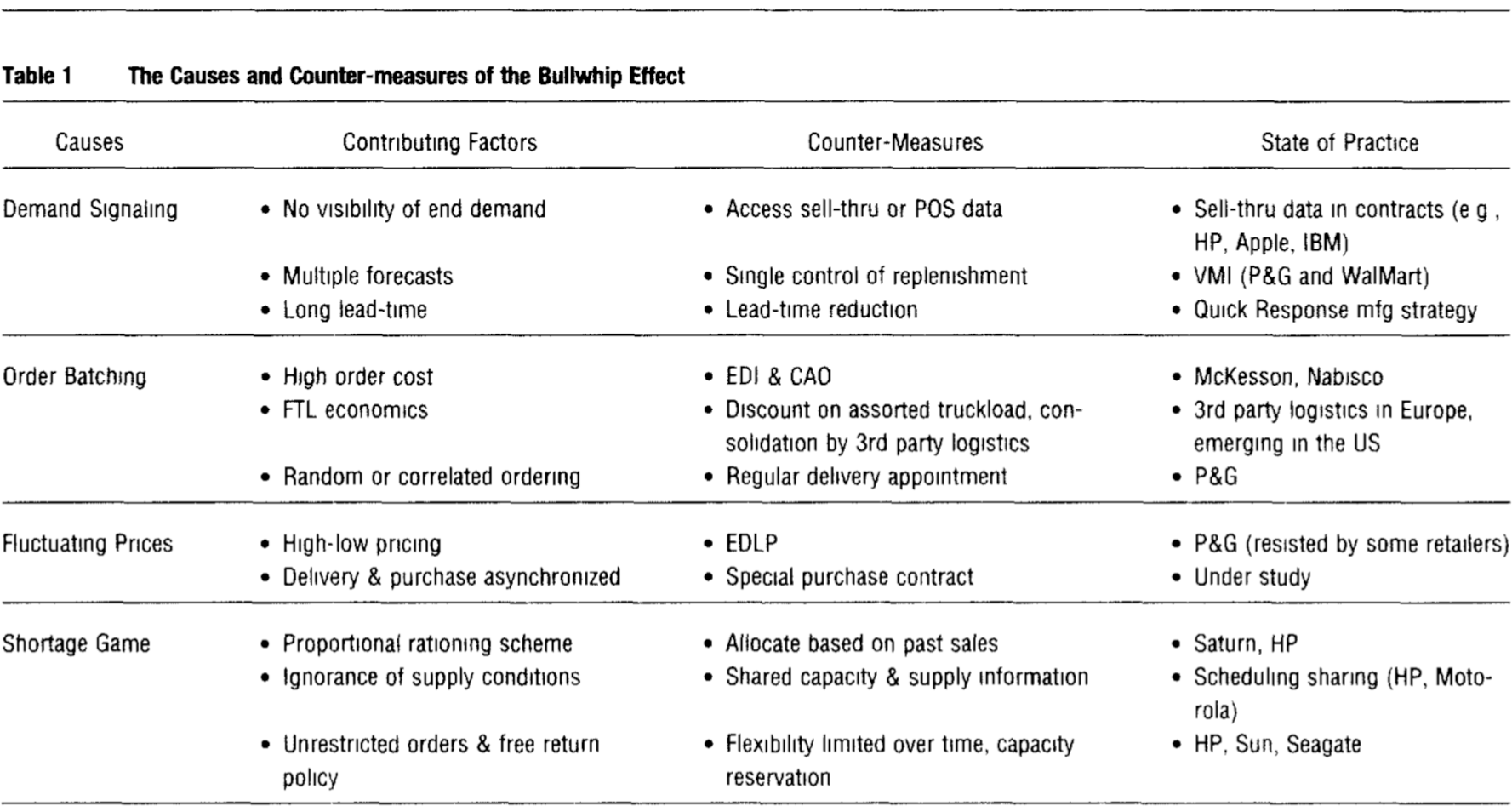 All these recommendations were predicated on a high-level of trust, transparency and collaboration between customers and suppliers. Over the past 25 years, leaders in their respective industries have implemented standards and practices for sharing the kind of demand information that would help dampen the bullwhip.

The three major areas for improvement

Based on our conversations with manufacturers, including our customers, we believe there are three major areas for improvement:

1. Streamline planning processes: The majority of companies we talk to are still operating in a collection of disconnected, monthly processes, with silos being very much a real problem. Process and information handoffs are all too common, and roles, responsibilities and accountability are still diffused in a lot of situations. The result is that their planning and execution processes are slow and unresponsive to today’s world.

We believe agility in planning and execution processes is as essential to dampening the bullwhip as transparency and synchronisation.

Thus, we believe companies need to prioritise information sharing and visibility, while working towards increasing transparency.

3. Modernise technology: Even the leading supply chain solutions of today are at least a couple decades old. Market leaders are only now layering onto their older technologies advances in big data management, advanced analytics and modern user experiences. It’s no wonder that many companies are struggling to utilise the sell-through data or supplier signals they receive.

Most existing solutions lack the detailed digital twin modelling capabilities needed to accurately capture production resources and manufacturing realities. If they do have those capabilities, they’re broken out into narrow modules that perpetuate the siloed, sequential business processes discussed earlier. Still, others lack quick and easy scenario planning capabilities, so critical in being able to anticipate and prepare for that wave of the bullwhip before it arrives.

We believe it’s time for companies to begin adopting modern solutions that are built ground-up to utilise detailed modelling and advanced algorithms.

Replan is here to help

We make it possible for manufacturers to model each individual production line with complex changeover matrices, and combine it with group-level planning in the tactical planning horizon. The result is an optimised and feasible dynamic production sequence that accelerates planning and increases throughput while planning to inventory and customer service goals. Easy and quick scenario planning gives every planner the ability to simulate anything at any point in time, without waiting for IT to set things up or give them permission.

Let Replan help you prepare for a demand cliff or a spike. Contact one of our team to set up a demo or discuss the unique challenges of your supply chain. 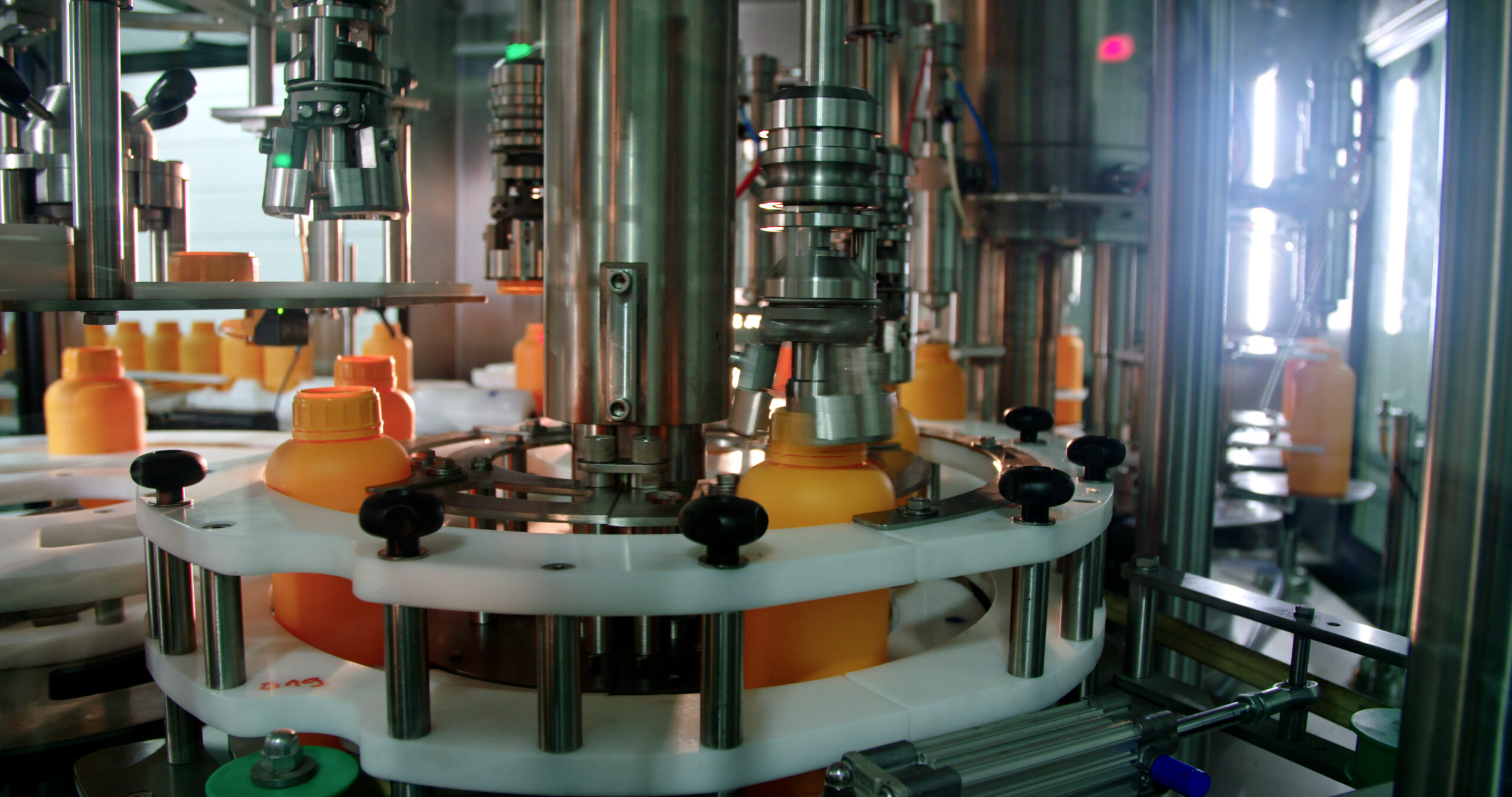 As global supply chain challenges rage on, it’s never been more important to get the basics right. With that, it’s time for both seasoned veterans and emerging supply chain professionals to ... END_OF_DOCUMENT_TOKEN_TO_BE_REPLACED 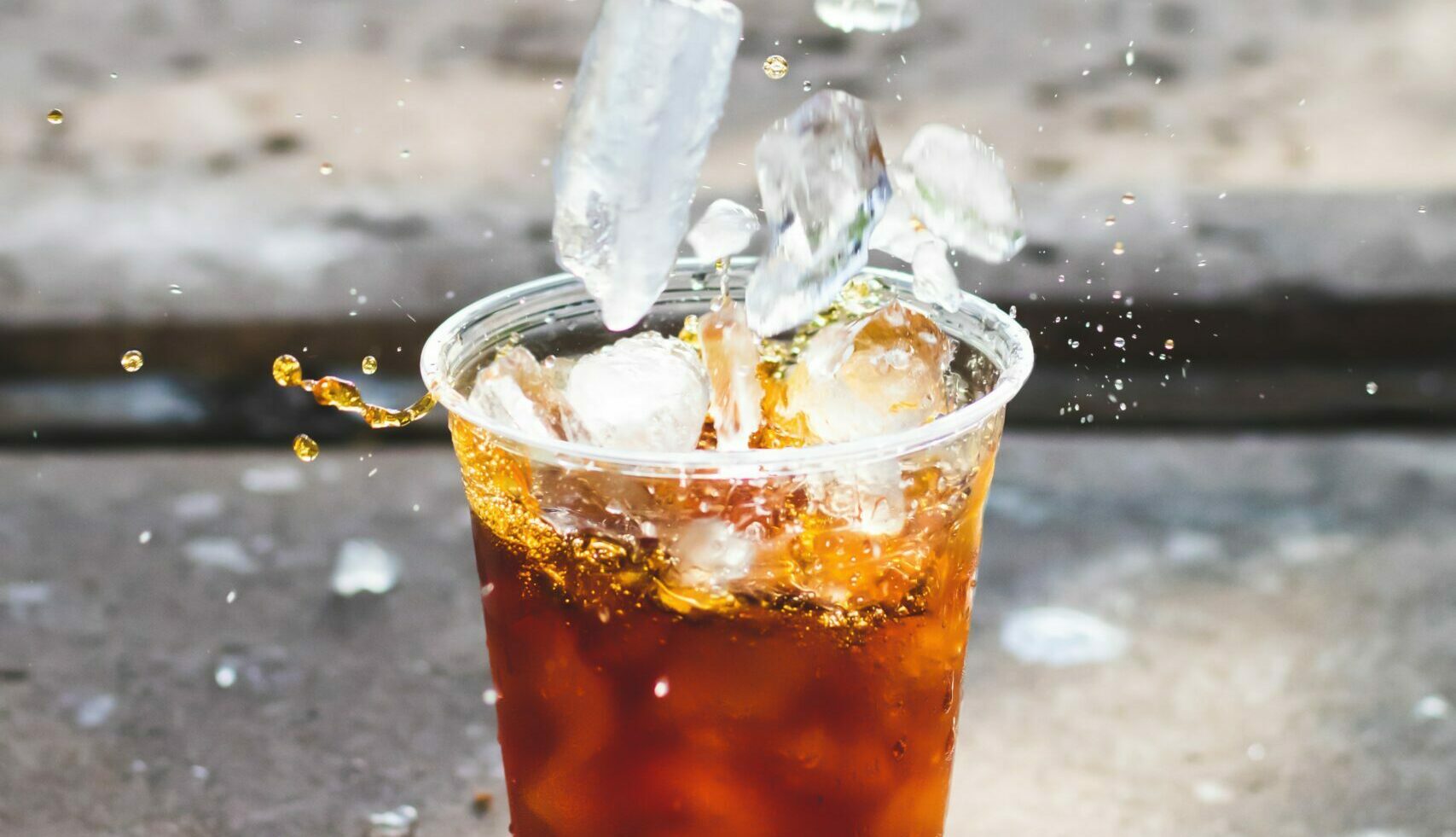 Top-three F&B manufacturer in Europe chose Replan to streamline and optimize its planning processes, increasing its production volume throughput by 12% and capacity availability by 10%. END_OF_DOCUMENT_TOKEN_TO_BE_REPLACED

Business risk continues to mushroom as disruptive volatility seems to be becoming business as usual. Traditional supply chain planning processes are turning out to be too inflexible and ... END_OF_DOCUMENT_TOKEN_TO_BE_REPLACED

Discover how Replan can help your organisation balance service, inventory and utilisation whilst maintaining plan stability.

to get our latest updates

to get our latest updates